Case Study: Search Inside Yourself Micropractices in a High-Stress Environment

April 13, 2019, just before 7 a.m., the world’s largest plane, the Stratolaunch aircraft, took off from the Mojave Air and Spaceport for its first flight. The plane flew above the Mojave Desert for approximately 150 minutes, achieving a maximum speed of 189 miles per hour at altitudes up to 17,000 feet, before landing safely back at the spaceport’s main runway. This moment was years in the making—a hard-earned success for everyone involved.

Hanna Steplewska, Stratolaunch’s VP of business development, was part of the team that worked to see this day happen. She is also a teacher in training with the Search Inside Yourself Leadership Institute. Considering the high-stakes stress involved in the mission, we talked with her about how she uses mindfulness to manage her stress and how her practices have permeated into her workplace. 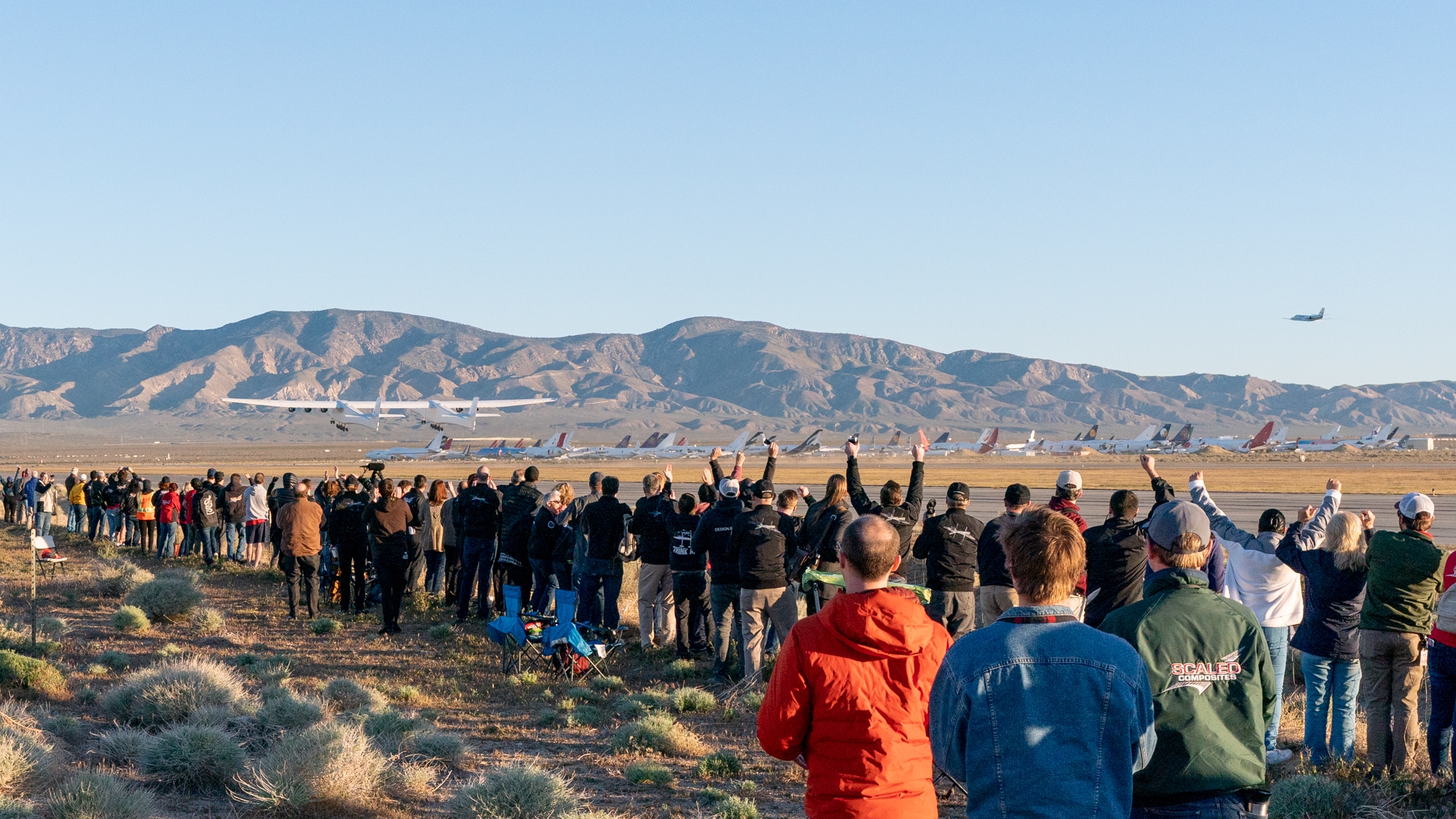 You mentioned you had to use a lot of the Search Inside Yourself micropractices because of time constraints during the week before the flight. Which tools and practices proved to be most helpful?

With any event like getting that aircraft in the air, there are so many variables that have to be right for the event to actually happen. We had a tight tolerance on wind, had to be sure that alternative landing sites were open, etc. What that means is that we had several tries. Everyone had to arrive really early each time—we’re talking 3 and 4 in the morning—and then we’d have to stand down and plan to try again the next day. I was responsible for the marketing team, all the press and outward communications. Everyone was short on sleep.

With all that going on, it was hard to keep my regular practice going. I regularly meditate for a half hour each morning. During those days when we hit a snag or I felt my energy getting low, I would use the microcpacrcics “three breaths,” “a minute to arrive,” “name it to tame it” and especially “what would be of service.” Using those throughout the days allowed me to be fully present in the moment and not concerned about other crises and things that needed attention. I could focus on what needed attention right in front of us and not let lack of sleep or our emotions affect the moment.

How did these practices help you as a leader?

As the week wore on, it became more and more important as the leader of the team to set an example for the entire team. We had done so much planning. This event was literally years in the making. “What would make the day successful?” we asked beforehand. There was a desire that we get through the day without adding stress to it from within. Because this was going to be the biggest thing that’s happened to our company, it was doubly important I remain calm and present moment to moment so that I could set the tone for my team.

On the day, we didn’t have one moment of flared tempers, crisis, or panic mode. A few things didn’t go exactly as planned, but everyone reacted in a calm manner. I wouldn’t say this is because of me, but because the team was grounded and professional. My demeanor helped.

How does mindfulness, and specifically what you’ve learned through the Search Inside Yourself teacher training program, help make you a better professional and leader?

Looking back, before I started my own practice and meditation work, I likely would have been stressed out on the day and not a good leader. Certainly after years of my own practice, that has shifted. But what my experience with SIY brought to the day was the tools to do micropractices in the moment.

At one point, we had a press call planned. Using the “minute to arrive” at the beginning of that completely changed the tenor of how it went, making it much calmer, much less stressful.

All of these practices enable me to listen better. They give me the space between stimulus and  response. I’m more able to ask questions as opposed to reacting to what’s being said. I’m far more curious about why things are happening than the way they’re happening. I’m definitely kinder to myself and my team. And I’m more curious and open. It improves communication because I elicit more detail and assume less. Even when I disagree or tempers fray, which is rare at our company, it doesn’t escalate or sweep me away.

What were other situations in which you used SIY micropractices?

When I found myself on the drive in at 3 or 4 in the morning, I would do a mindfulness practice in the car and then mindful breathing after parking to arrive there fully.

How much time in total do you think the micropractices added up to in one day?

Has Stratolaunch been receptive of your mindfulness studies and practices?

I have to practice teaching the SIY program, so I’m using my colleagues as my practice audience. The classes have been so popular that they’ve asked me to repeat them, so I’d say Stratolaunch has been very receptive.

Hanna’s calm helped her team work harmoniously in spite of the high-stress environment, demonstrating that how a leader manages stress has a ripple effect. Recent research found that when leaders didn’t manage stress well, more than 50 percent of their employees saw them as irrelevant or detrimental to the company. Hanna’s Search Inside Yourself micropractices helped her remain calm, setting a productive and composed tone for the rest of her team. How could mindfulness change the tenor of your workplace?

A survey conducted with over 1,500 Search Inside Yourself participants revealed that their ability to manage stress increased after taking the program. Connect with us if you’d like to learn about ways you can bring a SIY Global program to your organization.